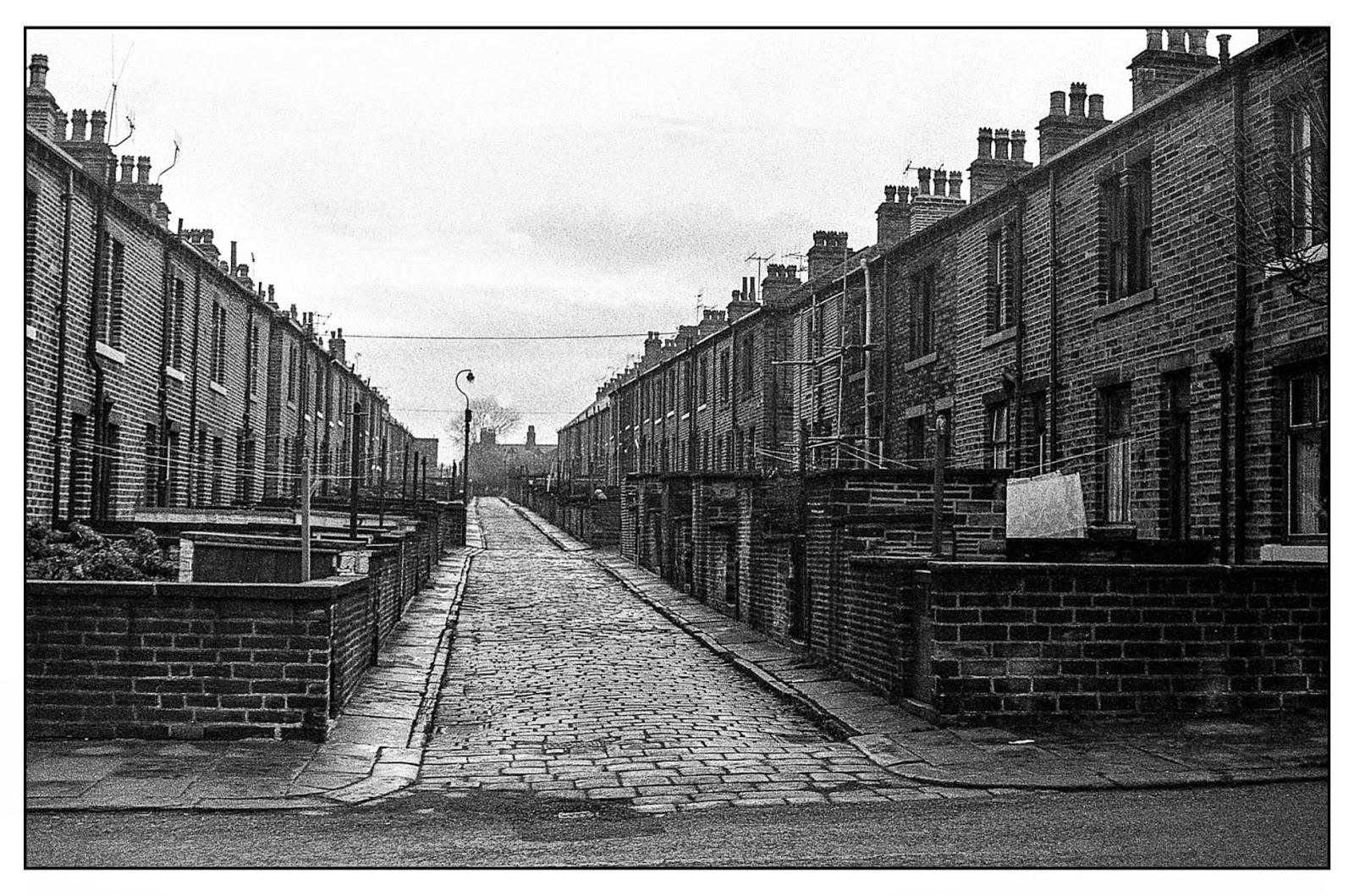 BACK STREET IN HALIFAX : ALAN BURNETT (Circa 1983)


A street: probably in Halifax, probably in the 1980s. It would be difficult to take such a photograph today as the street would be garishly decorated with a line of bright metallic cars and set after set of red, blue and green plastic wheelie-bins. But thirty years ago there was nothing to interfere with the algebraic pattern of stone cobbles other than the hanging sheet which seems to gather greyness from its surroundings.
Posted by Alan Burnett at 01:00
Email ThisBlogThis!Share to TwitterShare to FacebookShare to Pinterest

Such a nostalgic photo. Great perspective. I really like it. Reminds me of Liverpool where my husband used to live. Is your header photo Bridlington Harbor? It certainly looks like it. The pier in the foreground is called the Chicken Run.

I wonder why there's a kink in the alley about one third of the way up.

an uncluttered alley is a wonderful sight.