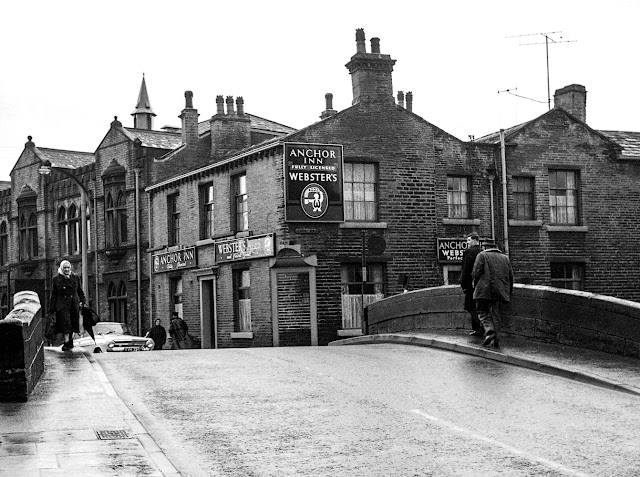 There has been a pub next to the Anchor Bridge over the Calder and Hebble Navigation in Brighouse ever since the canal was constructed in the 1750s. For most of that time, the pub was quite reasonably called the Anchor Inn, but for some reason it was decided that it needed a new name for the twenty-first century and it was rechristened The Bridge. The current building dates back just over one hundred years and is the third on the site : the original 1750s pub was rebuilt first of all in 1859. The Anchor has a long association with music : in the early years of the twentieth century the police tried to close it down because it was guilty of "habitually employing professional female musicians". I remember the pub best in the 1970s when Rod Marshall was the Landlord. He was a gifted jazz musician himself and succeeded in attracting a host of local - and in some cases - international jazz musicians to play at the pub. And, if the police would care to take note, I recall that a number of them were women!
Posted by Alan Burnett at 10:53
Email ThisBlogThis!Share to TwitterShare to FacebookShare to Pinterest