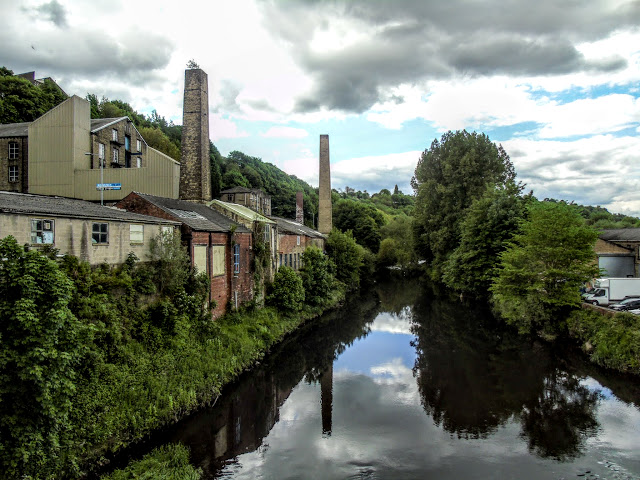 The River Calder as it gently glides through Elland, for all the world looking as though it wouldn't say boo to a passing goose. But just six months ago the water poured down from the tops, the river broke its bank and overflowed into the canal which keeps the river company as it travels down the Calder Valley. Whilst the river bridge is used to occasional attacks from the fast flowing river, the canal bridge isn't. Boats broke free of their moorings adding to pressure on the two hundred year old canal bridge. The damage was fatal and the bridge is currently being demolished and rebuilt. Not bad for a nervous little river.
Posted by Alan Burnett at 11:48
Email ThisBlogThis!Share to TwitterShare to FacebookShare to Pinterest