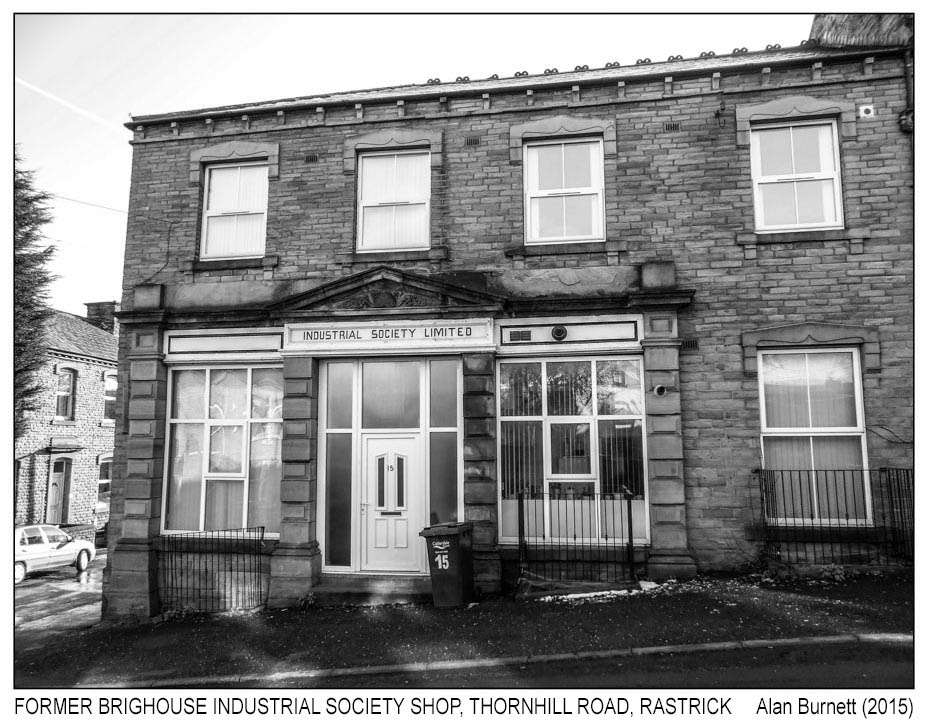 Some 160 years ago a group of workers living in Rastrick near Brighouse decided to establish a local co-operative society. Originally known as the Brighouse Flour and Industrial Society, over the decades the name morphed into the Brighouse Co-operative Society and by the 1970s it had lost its local identity and become absorbed into the national Co-operative movement. It left, however, a lasting legacy in its buildings, many of which still exist today and can be identified by the beehive logo carved into the stone pediment.
Posted by Alan Burnett at 09:40
Email ThisBlogThis!Share to TwitterShare to FacebookShare to Pinterest