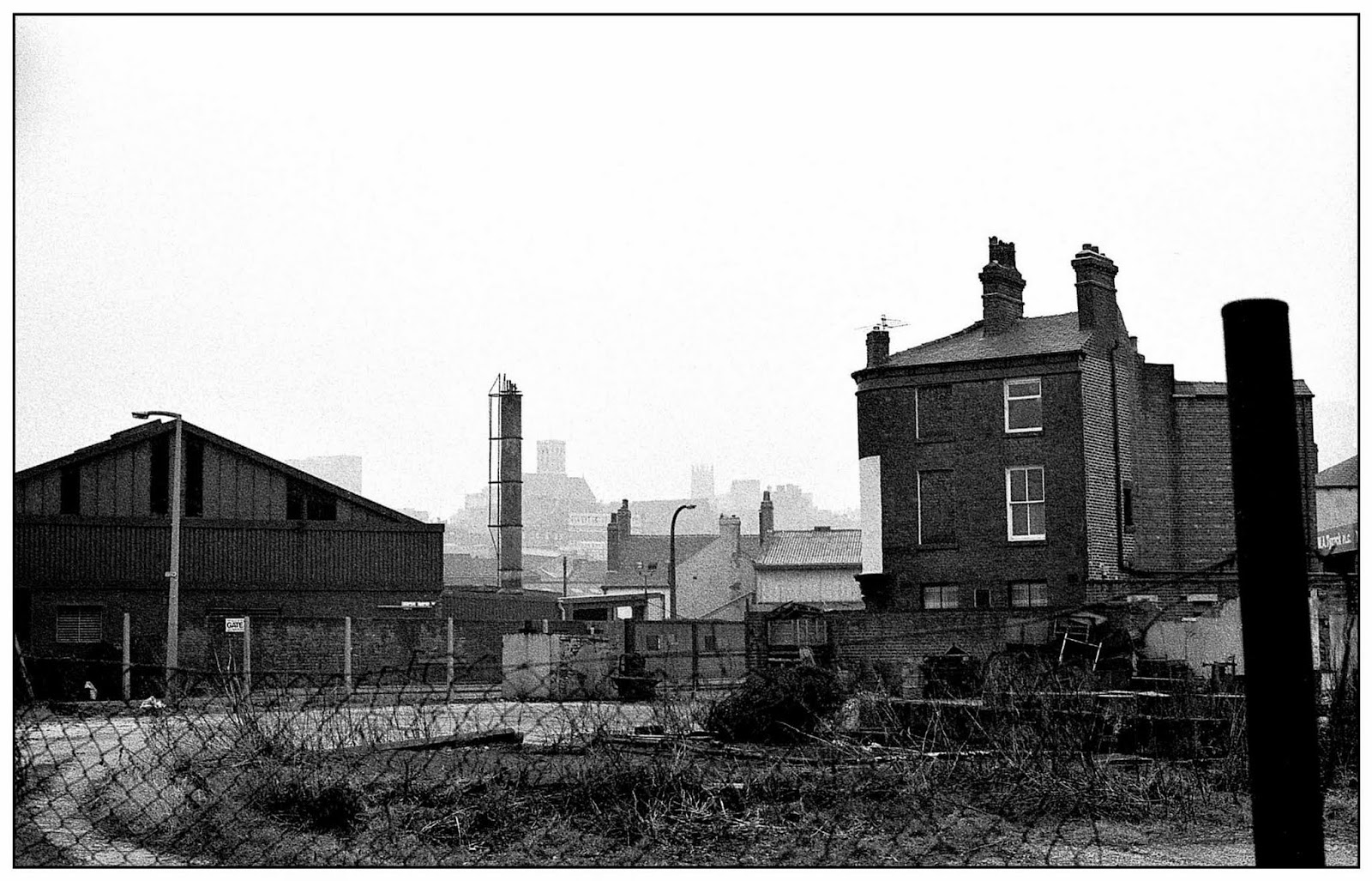 
Back in the early 1980s the Kelham Island district of Sheffield was only just discovering that regeneration wasn't confined to religious deities and science fiction heroes. The old factories and workshops were closing and falling down but new life was beginning to seep into those old stone streets. The talisman was the old Alma pub - the building centre right in my photograph - which had just been bought by Dave Wickett and Bruce Bentley and transformed into the Fat Cat, one of the first and finest real ale pubs in the country.
Posted by Alan Burnett at 00:30
Email ThisBlogThis!Share to TwitterShare to FacebookShare to Pinterest

I see evidence there of the Yorkshire Space Program...

Yes that was the planned 1982 probe to Lancashire. It was later abandoned as not being worth it.

Ah yes, I remember that. Cancelled due to lack of data....

Real revival of a pub is a good thing.